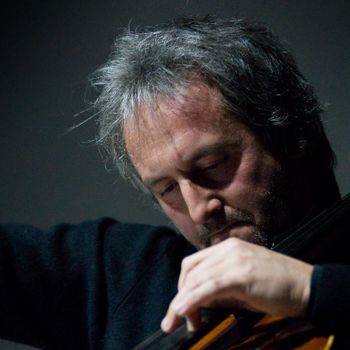 Mario Brunello was born in 1960 at Castelfranco Veneto. He made his breakthrough in 1986 as the first and only Italian ever to win the coveted International Tchaikovsky Competition in Moscow. His success was built on studies with Adriano Vendramelli at the Conservatorio di Musica Benedetto Marcello of Venice and with Antonio Janigro.

As the founder and artistic director of Arte Sella and I Suoni delle Dolomiti festivals, Brunello has invented performances in the high peaks of the Dolomites.

In December 2018 Mario Brunello started a new collaboration with the Philharmonie Zuidnederland in Eindhoven where he has been appointed Guest Conductor for the next three seasons. Brunello’s 2018–19 season includes many prestigious engagements, such as performances in Tokyo with NHK Symphony Orchestra and Kioi Hall Chamber Orchestra, this last in the double role of soloist and conductor. He will perform with RAI Orchestra Turin and will continue his collaboration with Kremerata Baltica as soloist and conductor through different projects over the following seasons.

In this concert season, Brunello is playing the complete 12 solo works by J.S. Bach. The complete cycle will be performed in four concerts in many cities and will be recorded for a later CD release.

Brunello’s substantial discography includs works by Bach, Beethoven, Brahms, Schubert, Vivaldi, Haydn, Chopin, Janaček and Sollima. The Brunello Series 5 CDs, on EGEA label, includes Tavener’s The Protecting Veil with the Kremerata Baltica and Bach’s Cello Suites (which received the prestigious Italian Critics’ Award). His many other outstanding albums include recordings of Beethoven’s Triple Concerto with Claudio Abbado for Deutsche Grammophon, Dvořák’s Cello Concerto with Antonio Pappano and the Accademia di Santa Cecilia (Warner) and a live video recording from the Salle Pleyel in Paris of Shostakovich’s Cello Concerto No. 2 with Valery Gergiev.