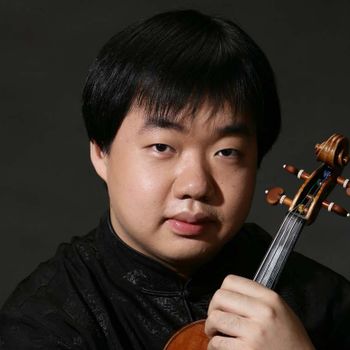 Ning Feng is recognised internationally as an artist of great lyricism, innate musicality and stunning virtuosity. He performs across the globe with major orchestras and conductors, and in recital and chamber concerts in some of the most important international series and festivals. In 2019 the Washington Post described him as “a wonderful player with a creamy, easy tone and an emotional honesty” and BBC Music Magazine said of a recent recording “His silvery tonal purity, immaculate intonation and gently beguiling musicality have a way of making most other players sound decidedly effortful by comparison.”

In chamber music Ning Feng works regularly with Igor Levit and together they have performed at the Schubertiade Festival, and across Germany and London, including both Wigmore Hall and Barbican Centre. He has performed many times at Kissinger Sommer Festival, and has collaborated with artists including Edgar Moreau, Daniel Müller-Schott and Nicholas Angelich

Ning Feng records for Channel Classics and his most recent disc ‘Virtuosismo’ featuring Paganini Violin Concerto No.1 and Vieuxtemps Violin Concerto No.4 was released in September 2019. His earlier recording of Bach’s complete solo works for violin was hailed by Gramophone as “unlike anyone else’s… it’s the illusion of a freewheeling conversation projected from within that held me captive.” His discography also includes concerti by Elgar, Finzi, Tchaikovsky, Bruch (Scottish Fantasy), works for violin and orchestra by Sarasate, Lalo, Ravel and Bizet/Waxman, and with the Dragon Quartet works by Schubert, Dvořák, Borodin, Shostakovich and Weinberg.

Born in Chengdu, China, Ning Feng studied at the Sichuan Conservatory of Music, the Hanns Eisler School of Music (Berlin) with Antje Weithaas and the Royal Academy of Music (London) with Hu Kun, where he was the first student ever to be awarded 100% for his final recital. The recipient of prizes at the Hanover International, Queen Elisabeth and Yehudi Menuhin International violin competitions, Ning Feng was First Prize winner of the 2005 Michael Hill International Violin Competition (New Zealand), and in 2006 won first prize in the International Paganini Competition.

Ning Feng plays the 1710 Stradivari violin known as the ‘Vieuxtemps Hauser’, by kind arrangement with Premiere Performances of Hong Kong, and plays on strings by Thomastik-Infeld, Vienna.