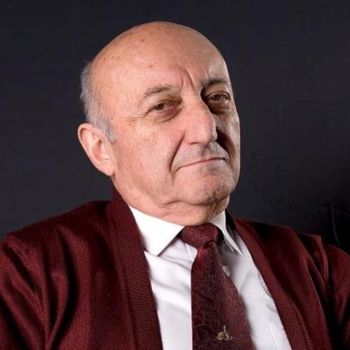 Hovhannes Tchekidjian was born in 1929 in Istanbul. From 1951-1953 he studied at Paris «Ecole Normale de Musique», and in 1961 completed postgraduate courses of the Istanbul Conservatory. In Istanbul he founded the «Tchekidjian» Choir (1955-1961). At the same time, he was the Music Director of the Istanbul Opera (1958-1961) and the Artistic Director and Principal Conductor of the State Capella (1960-1961).

Right after moving to Armenia (1961), Tchekidjian undertook the post of the artistic director and principal conductor of the Armenian State Choir, simultaneously serving as a director of the Yerevan Opera Theater (1982-1987) and teaching at the Yerevan Conservatory (from 1975). Under his leadership the Choir has performed in 170 cities of the former Soviet Union and abroad. He has led about 60 well-known foreign orchestras. Hovhannes Tchekidjian is the Peoples Artist of RA, Laureate of the USSR and Armenian State Awards, Professor, as well as an Honorary Citizen of Yerevan (2001) and Academician of the International Academy. H.Tchekidjian was decorated with awards and medals of the Armenian Government, Holy See Etchmiadzin, Catholicos of Antilias and the “Tekeyan” Cultural Union.