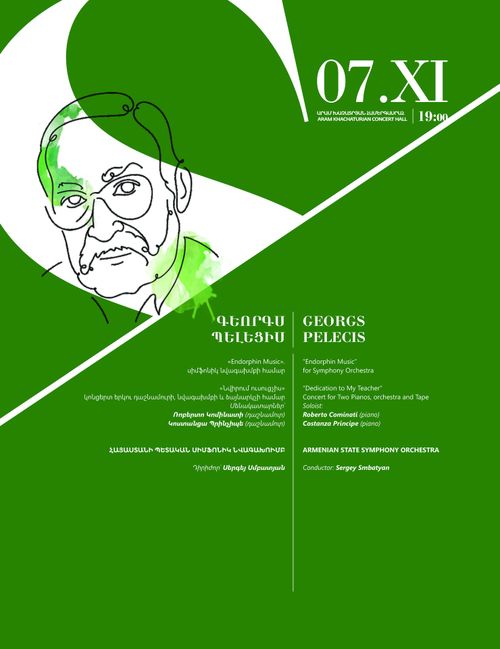 In Italy he has been invited by some of the most prestigious musical institutions, like the Teatro alla Scala, Teatro Comunale di Bologna, Teatro La Fenice di Venezia, Maggio Musicale Fiorentino, Teatro San Carlo di Napoli, Teatro Carlo Felice di Genova, the Accademia Nazionale di Santa Cecilia, the Orchestra Sinfonica Nazionale della Rai, the Accademia Chigiana in Siena, the Festival Pianistico di Brescia e Bergamo, the Festival dei Due Mondi in Spoleto. He has also performed at the Théâtre du Châtelet in Paris, at the Concertgebouw in Amsterdam, at the Konzerthaus in Berlin, at Salzburg's Festival, at the Gasteig in Munich, at the Monnaie in Brussels, at the Teatro Colón in Buenos Aires, at the Kennedy Center in Washington, and in many other halls in England, Belgium, Holland, Chile, Uruguay, Brazil, Finland, Japan, and Australia.

Past highlights include her London orchestral debut where she performed Prokofiev's Second Piano Concerto op. 16 with the Royal Academy Symphony Orchestra conducted by Manuel Lopez-Gomez;

Her performances have been broadcast on Radio Classica, Italian TV and RaiRadio3.  She is currently studying with Benedetto Lupo at the Accademia Nazionale di Santa Cecilia in Rome.

Since her public debut aged 7, Italian pianist Costanza Principe has performed extensively in Italy, UK, France and South America both as a soloist and a chamber musician. Winner of several prizes at national and international competitions, such as the Lilian Davies Prize from the Royal Academy of Music, the Beethoven Society of Europe Intercollegiate Piano Competition (2nd prize), the Premio Pecar International Competition in Gorizia, Italy (2nd prize) and the Concours International de Piano in Lagnysur Marne (2nd prize) and recipient of three consequent Martin Musical Scholarship awards from the MMSF/Philharmonia Orchestra, she made her debut with orchestra in 2008 playing three Mozart Concertos with the Filarmonici Europei Orchestra conducted by Aldo Ceccato.

Dedication to My Teacher